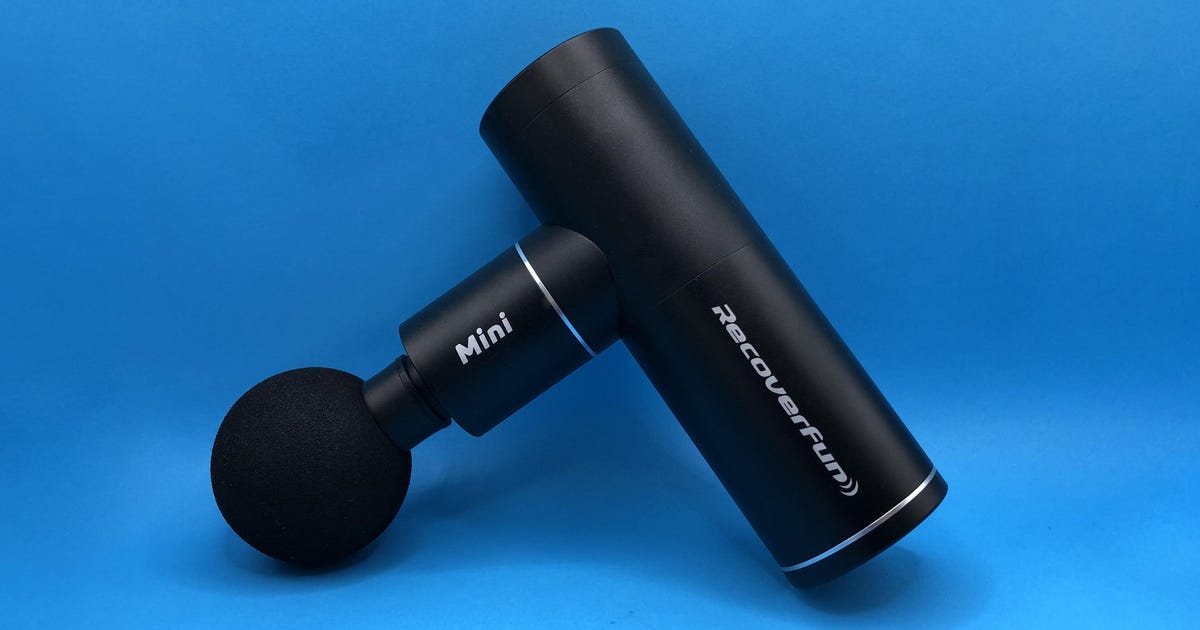 Massage guns are incredibly popular right now. When the pandemic made going out to get a massage almost impossible, it was up to us to find ways to relieve our aching muscles. Not all of us can afford the top-of-the-line version of everything we buy, though, so we need to find great products at all prices.

I put my muscles on the line to find out which of the affordable massage guns was worth your time. (It’s a tough job, but someone had to do it.) I started with the most affordable models from premium and popular massage gun brands Hyperice and Therabody, then worked my way down to the most inexpensive off-brand massagers I could find. (Not represented here are the super-sale deals that come along every few weeks. They sell out quickly, so keep an eye on our deals news to make sure you catch the next one.)

A percussion massager can come in all shapes and sizes, from full-size guns that look like hair dryers to mini ones that look incapable of generating much massaging power for your tight muscles. One model has an odd, triangular body; another incorporates two heads. In the end, I tried to get a good sampling of what’s out there, with an eye toward products priced $100 or less.

Indeed, this is the “value” end of the handheld massager category, but that doesn’t mean any of these devices are a slouch when it comes to fighting muscle soreness. Even better, some of the prices shown here may actually end up lower thanks to codes and coupons that come and go.

You know the old saying: Two heads are better than one. But is that true of massage guns? I thought Fishda’s Frankenstein was just a gimmick, but damn if it doesn’t deliver twice the muscle-punching goodness. For big areas like thighs and glutes, I genuinely enjoyed this “bigger” massage.

Fortunately, it’s not twice as loud as other guns; in fact, it’s surprisingly quiet. It also has a relatively compact shape, basically a taller version of the Recoverfun Mini. But there’s some heft to it: At 1.7 pounds it weighs more than any other gun in its size class. Expect arm fatigue to set in a bit sooner with this one.

It’s also on the expensive side relative to other models, though that’s to be expected given the dual heads. However, you can often find coupons that bring the price down considerably.

Like Therabody, Hyperice is a premium brand with prices to match. And speaking of matching, the Hypervolt Go sells for around the same price as the Theragun Mini. But I like the former more, in part because it comes with two heads instead of one and has a more comfortable gun-style design.

It’s smaller than the likes of the MaxKare and Taotronics models, but also larger than the Naipo and Recoverfun. So let’s call it “medium.”

But, wow, is it powerful — on par with the Theragun in terms of muscle-punching force. With only three speeds, however, it might prove a little much if you prefer a light touch. Hyperice doesn’t supply a travel case, which is inconvenient, and the AC adapter is proprietary.

Between this and the Theragun Mini, I’d choose this. But there are less-expensive models that are also more versatile, so it’s not my top pick.

Naipo’s massager is the lightest and most compact model in the group, with a small but comfortable grip and more percussive force than you’d expect.

Other pluses include five speed settings and four different massage heads. Naipo doesn’t provide a carrying case, which is a bit disappointing. But my only real complaint is that it’s on the noisy side, at least compared with the other “minis” in the roundup, the Recoverfun and Sportneer.

I’ve seen various coupon or code deals that bring the price down on this massager, so you should definitely get it when it’s on sale.

Available in three colors (including a rather dazzling red), the Recoverfun Mini is among my favorite massagers in the group. Although it’s heavier than Naipo’s similarly compact model, with a metal barrel that feels a little cold until it warms up, it’s also surprisingly quiet. (When you’re trying to relax, extra noise doesn’t help.)

The gun offers four speed settings and Recoverfun supplies the “big four” attachments: ball, bullet, fork and flat. The flat one is made of aluminum, which offers no clear advantage I can see but definitely looks cool. You also get a drawstring carrying case, though you’ll have to supply your own powered USB port for the USB-C charging cable.

The Sportneer Mini 3 closely resembles Recoverfun’s gun, but it’s ever-so-slightly “mini-er.” It’s just a hair shorter and lighter, but also just a bit louder (not enough to be distracting, though). It has a basic LED display as well, one that shows speed, battery level and runtime — superfluous information, yes, but welcome all the same.

The Mini 3 has two tricks up its sleeve. First, in addition to the four standard speed levels, it offers an “AI” mode: A light touch results in a slower speed, but the harder you press, the higher the intensity. This works surprisingly well and consequently I found myself reaching for this gun more often than the others.

You can also unscrew the barrel of the handle to add up to about 1.6 extra inches. That’s kind of nice as well, because a lot of minis (including the Recoverfun) are a tad short in the grip, particularly for larger hands.

I’m glad Sportneer included a zippered carrying case, but sad that it has room for only two of the four massage heads. The USB-C cord is also quite short. Those issues aside, this is one mini you should definitely consider.

As big, hair dryer-style massage guns go, the TaoTronics offers a lot to like. It’s reasonably light for its size, plus it’s smaller and quieter than MaxKare’s similarly designed model. The metallic green coloring adds a nice bit of flair and I liked the partially squared grip.

TaoTronics provides six interchangeable heads and everything fits nicely in the included zippered case — though the latter is actually a bit larger than MaxKare’s. Traveling with this would require sacrificing a sizable chunk of suitcase.

The big standout feature here is the speed control, which has settings that range from 1 to 20. Nearly every other massager here gives you maybe four or five. How many speeds does a person really need? I don’t know, but this massage gun is also notable for its unparalleled 4.9-star review average from over 2,300 buyers.

Another model with a frequently fluctuating price, the MaxKare is big. In fact, it’s the biggest massager in the group. That’s not necessarily a bad thing, it just makes it tougher to travel with. To that end, MaxKare provides both a zippered carrying case and a shoulder bag — the better to transport the six included massage heads.

The controls are a bit confusing at first, because what looks like a power button on the back of the device is the button that toggles between the gun’s five different speeds. Power is actually controlled by an on-off switch on the bottom of the handle. Then there’s a mode button that switches between “warm up,” “relaxation” and “deep tissue” modes — all of which just make intermittent speed changes while you’re massaging. But be prepared for a gun with a bit more bulk and weight than most.

The triangular Mini exerts an impressive amount of force for its size, but the shape makes it hard to hold comfortably. What’s more, Therabody provides only one attachment, a ball head; other models here come with at least two, if not four or even six — for a lower price.

Even at the lowest of its three speeds, the Mini feels stronger than a lot of the other guns I tried. In fact, anyone looking for just a light, relaxing massage might find it a little too powerful.

Meanwhile, the unit relies on a proprietary AC adapter, not USB-C. That’s one more thing to pack on a trip — and the adapter doesn’t even fit in Therabody’s snug zippered carrying case.

While I’d be glad to have this on hand for deep-tissue relief, it’s hard to recommend otherwise. There are too many other models with more features and lower prices.

Can’t get a professional massage? Get a massage at home…

The information contained in this article is for educational and informational purposes only and is not intended as health or medical advice. Always consult a physician or other qualified health provider regarding any questions you may have about a medical condition or health objectives.