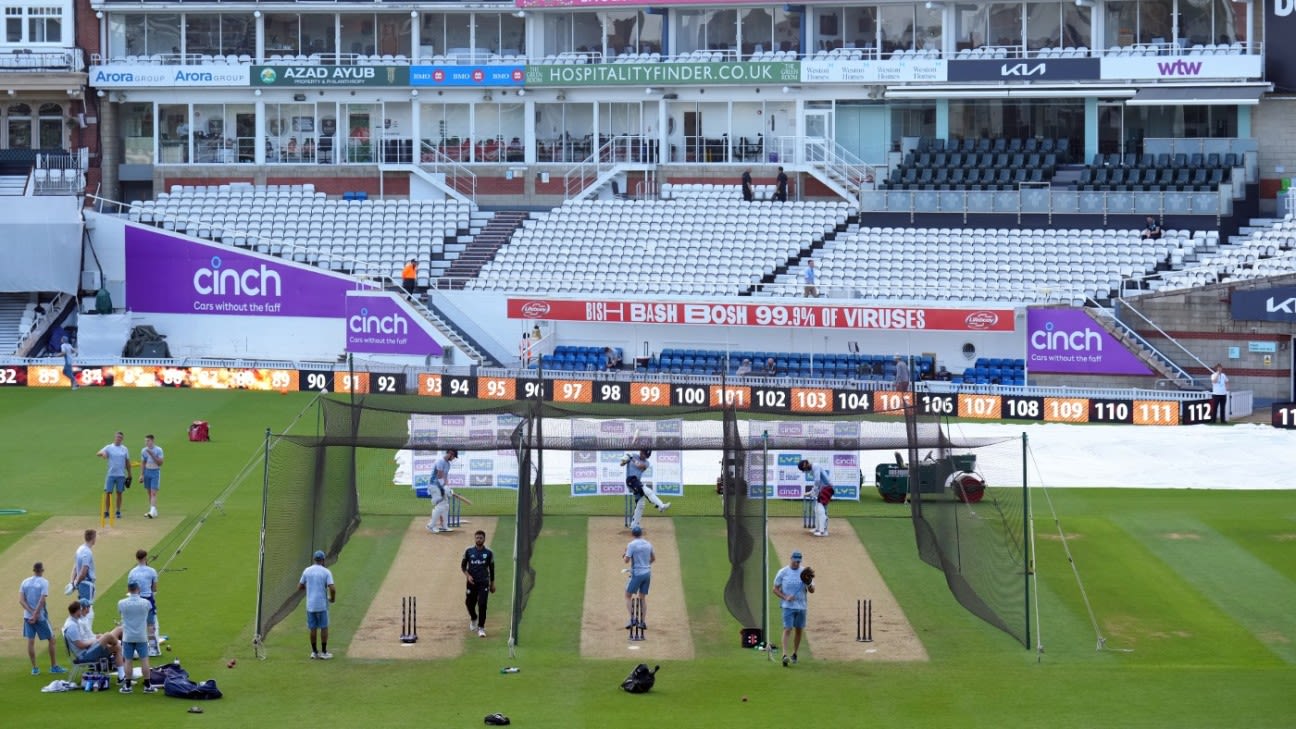 The Hundred is done and dusted… now back to more traditionally minded short-form thrills. England and South Africa have been in hyper-drive during a compelling but erratic Test campaign – a crushing innings victory apiece to date, with neither match surviving beyond the third day. And as we head to the decider at the Kia Oval, all bets are off as to which version of either team will turn up. Not to mention for how long.

And yet, arguably, the version of England that so captured the imagination in early summer has not really turned up at all in this series. Ben Stokes’ Baz-Brawlers were battered off the park by South Africa’s shock-and-awe seamers in the Lord’s Test, losing in little more than six sessions after being inserted for the first and only time in six Tests this summer. Then, when Dean Elgar erroneously chose to switch tactics at Old Trafford, it was a noticeably more chilled approach in England’s only innings, as Bens Stokes and Foakes took their time (relatively speaking) to drive home the advantage that their own bowlers had already won for them.

Still, as Brendon McCullum and Co. would doubtless argue, their aggression in those early-season wins against New Zealand and India has been misrepresented. What really marks this new-look Test team out from its cagey predecessors is not the speed with which they’ve gone about their work, but the positivity – be that with the bat or in the field, with consistently attacking fields even in moments of adversity, and in attack and defence alike, hence the praise for Zak Crawley’s doughtily compiled 38 from 101 balls last week. It wasn’t an innings that will silence the wider doubts about his place, but as far as the team hierarchy are concerned, the proof is in the result that it helped to set in motion.

The challenge to England’s batters is bound to be redoubled this week, however. For there’s surely no way that Elgar will make the same mistake twice, and undermine the potency of his four-pronged seam attack to shoehorn in an extra spinner. Simon Harmer’s off-the-boil display in the second Test was exacerbated by the fact that he did the bulk of his work on day two rather than days four and five, as a springy surface persistently pined for the absent left-armer Marco Jansen, whose cloud-snagging offerings would surely have been the better bet to back up the trio of early wickets from his fellow seamers.

It is shaping up, therefore, as another important toss – with rain in the offing and cloud cover likely, both teams may be equally keen to bowl first on Thursday morning. Even allowing for Elgar’s stoic agenda-setting up top, South Africa’s batting is uncomfortably brittle, all the more so now that Rassie van der Dussen has been ruled out with a broken finger. Ryan Rickelton has been confirmed as his replacement, after a season of healthy returns for Northamptonshire, while Khaya Zondo may yet join him in the middle-order, where Aiden Markram has gone 15 innings and counting without so much as a fifty, and where Keegan Petersen, for all his fighting qualities at Old Trafford, is still awaiting his first Test hundred.

England, meanwhile, wouldn’t like their own preference for batting second to be framed as a defensive measure, but their surety of purpose when reacting to a score already on the board is palpable. And they may be all the more minded to look before they leap, given that they too will be shorn of a key presence due to injury – Jonny Bairstow’s bizarre golfing mishap has robbed the Test team of their most vibrant player of the summer, and caused the black sheep Alex Hales to be herded back to the T20 flock too.
Into the mix, therefore, comes the debutant Harry Brook – the coming man, by all accounts, a player whose early-season form for Yorkshire earned him a call-up for McCullum’s very first Test squad back in May. He’s played just two first-class games since then, but he also featured in South Africa’s warm-up match down in Canterbury last month, where his pitch-perfect 140 from 170 balls propelled England Lions to a crushing innings win (they have been quite the feature of this tour). At the age of 23, he could hardly be more ready for his chance, but with the likes of Kagiso Rabada and Anrich Nortje lined up to greet him, he could hardly have asked for a more potent welcoming committee either.

Fittingly it was Ollie Robinson who applied the coup de grace in the second Test, bowling Lungi Ngidi for his third wicket in the space of 13 new-ball deliveries, as England rushed to victory on the third afternoon. His second-innings figures of 4 for 43 were the best by any bowler in the match, and vindication for the decision to push him up past Stuart Broad to take over as Anderson’s new-ball partner. After an extraordinarily torrid six months, in which back spasms, indigestion, toothache and Covid had all conspired to keep him out of the Test set-up, the early evidence is that Robinson has returned leaner and meaner than ever before, with his pace consistently pushing past a sharp 85mph, and his fabled accuracy undiminished. This week is a big chance to back up that encouraging new beginning.
Ryan Rickelton has a highest score of 42 in two previous Tests against Bangladesh, but he comes into the series decider as well prepared as he could hope to be, after a successful early season with Northamptonshire – a team he secured by chance when his old schoolfriend Ricardo Vasconcelos tapped him up for a short-term gig. He repaid the faith with two hundreds and four fifties in eight first-class innings, and now hopes that the conditions at The Oval prove as amenable as those at Wantage Road and Cheltenham.

In his now-familiar fashion, Stokes announced England’s team 24 hours out from the start of the match, and confirmed Brooks’ debut in place of the injured Bairstow. That is the only change to the XI that won so handsomely at Old Trafford, meaning that Matthew Potts misses out for the second match in a row, now that Robinson has reaffirmed his frontline credentials. Asked if he had been tempted to mix things up further, Stokes was emphatic in his response. “No. The way in which we’ve operated this summer has been with three seamers, me as a fourth and a spinner. The performance we put in last week, it would be pretty hard to change the team from there.”

Rickelton steps in for his third Test cap as South Africa cover off the loss of the injured van der Dussen. Speaking ahead of the game, Elgar hinted at further tinkerings but wouldn’t be drawn on exactly what. He did, however, reference the likelihood of damp conditions, which rather implies a return for Jansen. Zondo is waiting in the wings if Markram’s struggles prove to be terminal.

After the hottest summer in UK history, autumn is upon us with a vengeance this week. Damp conditions are forecast throughout the Test, with an inevitability of delays, not least on Thursday when London is set for a series of showers. Paradoxically, this may only help to speed up the game as a whole, given the potency of both seam attacks in such conditions.

“The whole summer has just been great. We’ve changed the way in which England Test cricket in particular has been viewed, and one thing I’m very proud of is the way we’ve captured the imagination. It would be nice to finish the summer off and win the series as well.”
Ben Stokes wants to cap a restorative summer for his team.